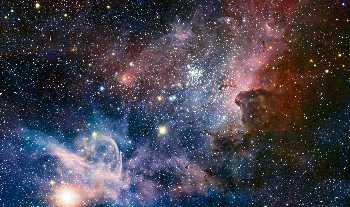 Earlier today, I was thinking I might take a short break from writing posts. The election and all that goes with it has somewhat died down and, for now anyway, it is what it is. Come mid to late 2023, as issues and candidates start making noise for 2024 positions and decisions, the rat race will begin again. But for now, things are returning to “normal” and it seemed like a good time to just sit back and relax.

But then I came across a comment on another blog from someone who made the postulation that life, as we know it, is settled. In response, a blog visitor speculated with the following :

… until we find sentient others in this universe.

Hmmm. Sentient others in this universe.

What do YOU think/believe? Do you contend –or doubt– that there are actual, substantive, and/or plausible chances of us earthly humans finding “sentient others” in this universe?

Now think on this a bit. The universe is a VERY big place … and our actual knowledge of what it contains could probably fit on the head of a pin. Nevertheless, there are those who believe we WILL one day find that sentient beings exist in the Great Unknown.

Are you one of them?

82 thoughts on ““Sentient Others””