Just discovered a website that might interest some of my readers. I found it through a daily email I get from The Guardian. As the title indicates, it’s called The Black Vault.

What prompted me to investigate was this line in the email write-up:

The CIA released thousands of documents on UFOs this week, which the agency claims is all of their records on the objects.

It seems The Black Vault is an online archive of declassified government documents.

While I personally have no doubt there are UFOs regularly being detected, I am far from the belief they are extra-terrestrial in nature. Nonetheless, I’m aware there are MANY who are convinced that we are being “visited.” Thus, I decided to share the link for those who are interested and would like to investigate further.

Also, when I visited the website, I noticed there is a Message Forum and one of the categories is “Religion/Spirituality” … in case anyone is interested. 🙂

If you’re like me, you’re probably getting a bit saturated with all the “Trump News” — so I figured a distraction might be in order.

Enjoy! And report back if you so desire.

In a recent post on The Secular Jurist, Bob addressed what he called a “taboo” topic — UFOs.

I started to leave a comment, but after I got started, I found I had too much to say and decided to write this post. Besides, it’s a topic I’ve never touched on before. Breaks the monotony of religion and politics. 🙂 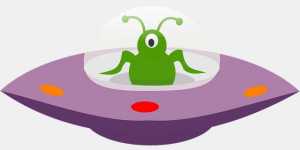 Other than “Ancient Aliens” (*gag*), pretty much any program/movie that revolves around UFOs, alien visits, and space travel has been my cup of tea for as long as I can remember — and the Star Trek series was my absolute #1 Favorite (especially Star Trek: The Next Generation). Even to this day, I search regular TV channels, as well as Netflix and Amazon Prime, for anything that deals with humans “going where no man has gone before.” 🙂

HOWEVER … as for the possibility that real UFO/aliens exist? Hmmm. Not so sure.

Bob asked in his post, “what is so scary about UFOs?” IMO, any “fear” that exists (at least among the general public) is directly related to how the entertainment industry has depicted the topic. Nearly every one of them portrays alien visitors as “out to get us.”

But let’s ignore Hollywood and say there are species living on distant worlds.  What would they really be like? From my perspective, I think it highly unlikely they would be anything like us. For earth’s conditions to be “duplicated” just seems too remote of a possibility to me.

Bob also included information about an incident that took place some 15 years ago. Apparently, a Navy pilot saw an object flying around a patch of white water in the ocean below his plane. He reported that it moved rapidly and began to mirror his aircraft as he pursued it.  Then suddenly it vanished. He said it was unlike anything he had ever seen.

Obviously, I wasn’t there, but I tend to lean towards it being some kind of natural phenomenon. It’s not that I doubt the intelligence or eyesight of the pilot, but from his description,  it just doesn’t seem “outer-space” feasible to me. But who knows? Maybe the people at the Pentagon Space Program will discover more than has been revealed thus far.

What are your thoughts? Do you have suspicions we are being (or have been) visited by inhabitants from other worlds? Are UFOs more than just “unidentified flying objects”? And what about crop circles? Or other odd formations on the planet that have been seen from space?

Are you a bound-by-earth human or do you have other-world imaginings?