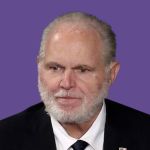 In one of her recent newsletters (February 17, 2021), Heather Cox Richardson included some information about Rush Limbaugh who, as many of you know, recently died of lung cancer.

Limbaugh was well-known as a radio personality, but he was especially welcomed in conservative circles for his approach to government and how it should be run. And it seemed the more “extreme” his ideas, the more famous he became.

To Limbaugh, this was “socialism”– and it was destroying America!

Moreover, it was his contention that Republicans needed to begin an emergency dismantling of the welfare system — which was “shredding the social fabric and  bankrupting the country‘’ and “gutting the work ethic, educational performance, and moral discipline of the poor.”

His solution? Congress should cut capital gains taxes, which would drive economic growth, create hundreds of thousands of jobs, and generate billions in federal revenue.

(Forgive my ignorance, but how exactly is this supposed to work?)

As I was reading this, I thought to myself … it’s no wonder Republicans (were) are enamored with Limbaugh’s approach. So much so, that his suggestions are in play at this very moment. In fact, were it not for the recent election that put a more forward-thinking and equality-minded individual into office, we would probably be in the deep throes of Limbaugh’s government solutions even now.

Although Limbaugh’s voice has been silenced, unfortunately his ideas still echo on the Republican side of the U.S. Congressional Chambers and efforts to “make it so” will undoubtedly continue for many years to come.