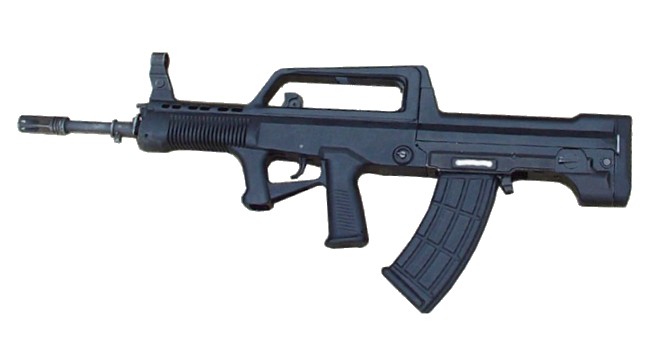 There were multiple attempts to renew the ban, but none succeeded.

The Biden administration is attempting to put forth another ban. Chances are it also will not succeed.

A study by Mark Gius, professor of economics at Quinnipiac University, studied the law’s impact on public mass shootings. Gius defined this subset of mass shootings as those “occurring in a relatively public place, targeted random victims, were not otherwise related to a crime (a robbery or act of terrorism), and that involved four or more victim fatalities.”

Mass shootings in the United States
What Does Background Check Show (Note: Nothing on mental health)
What Is Gun Control: Everything You Need to Know

Parkland students are back in the news …

They hope their plan — unveiled Wednesday morning — will be considered by President Trump as well as his Democratic presidential rivals and will serve as a catalyst for a surge of youth voters next year.

I’m copying and pasting this blogger’s outstanding post on the recent school shooting instead of “re-posting” for one primary reason — one of her blog visitors added a totally uncalled for  “comment” that was extremely offensive, especially considering the subject. Such insensitivity does not need to be shared.

Seems like only yesterday I posted my article (read: rant) about gun laws in the US. And here I am, again in a somber tone, reacting to yet another mass shooting. Only this time, my patience with the Christian response has worn thin. Never have I felt such anger towards religion than I did on Wednesday, when the ruthless murder of 17 people generated the typical, increasingly unacceptable response: prayer. “Oh, we’re sorry your kid is dead. But don’t worry. We’re all going to stand in a building for an hour and chit-chat with “God” about it, then have some coffee. That should make you feel better. And it will definitely prevent this from happening to anyone else’s child.”

“We’re going to send prayer chains around the country on Facebook Messenger.” Are you freaking kidding me? Chain letters? The equivalent of a seven-year-old’s financial scheme, or an Amish friendship cake is how we’re responding to a national crisis? I’m insulted. I’m angry. I’m afraid. I’m sick of the word “prayer.”

Donald Trump: “Our entire nation, with one heavy heart, continues to pray for the victims and their families in Parkland, Fl.” When asked whether more gun laws were needed to prevent school shootings, he did not respond. Because, clearly, there’s no problem with our gun laws when someone who has been expelled from school for erratic mental health issues, and who has had the police called on him 30 times for violent and threatening incidences, and who has already tweeted intentions to murder people can go to the corner store and purchase a gun. There is a more thorough investigation conducted when a single mom applies for food stamps, apparently, than when someone goes to buy a gun.

But we’re handling this. We’re praying about it. We’re all going to join hands and chant words to some fabled superhero who probably just didn’t notice this was happening, then go out for Chick-Fil-A. Let’s make a day of it! Let’s all post it as our status. “Praying for the families in Florida.” That should do the trick. Now, back to Candy Crush.

How about instead, we get our heads of our arses and out of the Middle Ages for a minute and do something that’s going to help, at least remotely or minutely, to prevent another tragedy like this? I said it before, and I’ll say it again. Prayer isn’t working. If you needed proof, let Marjory Stoneman Douglas High School be your proof. Now you can save your 15 minutes a day of doing nothing, and maybe get on the phone with your local government.

Imagine a “chain” of people donating an hour a week to acting on information their teenagers are providing about their own, or a friend’s mental illness. How about mentoring, tutoring, fostering, adopting, volunteering on a suicide prevention line, or serving in any arena where under-reached youth are crying out for help?  How about lobbying for stricter laws, or broader healthcare, or greater awareness? Imagine millions of people donating one dollar each towards school resources and equipment that may prevent another tragedy. How about donating time to raise awareness about depression, anxiety, or violent tendencies, or the resources available to report potential threats? How about everyone taking the time to actually respond when there are warning signs on social media, or concerns posted by classmates? If we have time to send chain letters and pray, we have ten minutes to listen and respond.

We could reach out to the family members and offer financial or emotional support. We could support groups that work tirelessly for safer schools. (According to one such group, the Sandyhook Promise, 80 % of school shooters told someone about their violent plan, or exhibited warning signs. )There is so much we can do. But our children go to school fearing for their lives. And who do they have to protect them? An older generation of idiots who are praying to supernatural beings to keep them safe.

“Kids are getting killed in school.  Let’s send chain letters to nobody! Let’s do absolute shit about it, and then pass it on to 1,000 people in a bulk email, so we look like we care.

Now don’t get me wrong. If it’s not a cause you care about, you have every right to do nothing. Doing nothing is your prerogative. Go right ahead. But don’t invite me to do nothing with you, because it insults me. Don’t email me an invitation to sit in your church, behind closed doors, and wipe myself clean of my grown-up responsibility to act. And for the love of everything good, don’t send me a chain letter. Because I’m not seven, and you aren’t either. And it just makes me sick.

A mother lost her son on Wednesday, due to a fully preventable tragedy. A father lost his daughter. The world was robbed of three adults who were brave heroes in the face of a crisis. The youth who lived through this tragedy will be forever changed. The families who lost people will suffer the sorrow of a perpetual void. The time for talking to our imaginary friends about this is OVER.

P.S. Readers and followers: please limit your discussion to the post itself and refrain from personal comments/attacks against the above-referenced individual. (Most of you know who it is.) Thanks!