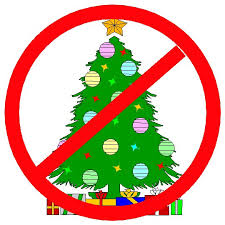 This article talks about a display put up by the Freedom From Religion Foundation at the Wisconsin Capital Building to celebrate the Winter Solstice. It was  obviously erected to counter the usual displays and messages so common during the Christmas season.

Personally, I have problems with this.

Not because of what atheists are trying to accomplish, but because of what is written. In my opinion such an “in-your-face” declaration accomplishes little to nothing. Sure, atheists will clap their hands in glee that the display was erected, but is this an effective way of getting through to believers during their “Holy Season?” I think not.

What say you? Do you agree this is an effective counter-measure? Or would a more “toned-down” message be more effective? If you were the one chosen to write an anti-Christmas message, what would you have said?