Some months back I subscribed to “The Morning,” a daily email from the NY Times that includes synopses of various news stories. In one of the more recent editions, there was an item entitled, “Information Contagion.”

The article included a brief discussion about a recent video that claimed Dr. Anthony Fauci created the coronavirus using monkey cells(!). It then went on to point out that this isn’t the only misinformation being spread related to the virus. In fact, as many of us already know, there are several dubious sources; for example, Fox News, Sinclair (which operates almost 200 television stations), and Breitbart. (In fact, Breitbart recently produced a video that claimed the drug hydroxychloroquine cured the virus.)

The article then asked what I thought was a very relevant question:

Why is the U.S. enduring a far more severe virus outbreak than any other rich country?

Following is the answer … which I think is spot-on.

There are multiple causes, but one of them is the size and strength of right-wing media organizations that frequently broadcast falsehoods. The result is confusion among many Americans about scientific facts that are widely accepted, across the political spectrum, in other countries.

Canada, Japan and much of Europe have no equivalent to Sinclair — whose local newscasts reach about 40 percent of Americans — or Fox News. Germany and France have widely read blogs that promote conspiracy theories.

The article further points out that …

Fox is particularly important, because it has also influenced President Trump’s response to the virus, which has been slower and less consistent than that of many other world leaders.

I don’t think any of this is new to my readers, but sometimes seeing it in print confirms what most of us already know.

If you haven’t seen this …

Iceland Declares All Religions Are Weapons of Mass Destruction

(Satire? Or Truth? You be the judge.)

As many of my “regulars” have discovered, I tend to share various articles and comments that I find interesting, timely, upsetting … or even questionable.

And here I am doing it again. 😎

I’m not a regular reader or participant of Quora, but I do get daily emails that include a listing of topics in which I’ve indicated an interest. Of course politics is one of them. 😉

Anyway, in today’s listing was the following question:  “Who will win the United States presidential 2020 election?” Naturally, no one can provide an irrefutable answer but I found the response provided by a person named Spencer Alexander McDaniel was worth thinking about so I’ve copied his answer here.

I think that it is impossible to say with any degree of certainty who will win 2020 United States presidential election at this point, but I predict that, regardless of who ultimately wins, the election will be extremely close. I do not think that anyone is going to win anything resembling a landslide victory and I think that the result of the election will come down to a small handful of important swing states.

I think it is entirely possible that we may see essentially a repeat of the 2016 election in which the Democratic candidate wins the popular vote and Donald Trump wins the electoral college. I am not saying that is what will happen, but I do think it is a possibility.

Donald Trump has four massive advantages that give him a huge edge over anyone who tries to confront him: 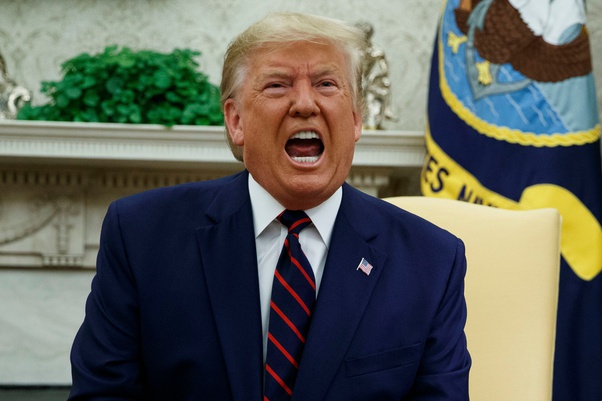 ABOVE: Photograph of our grouchy orange president, bloviating as usual

I think that, regardless of who the Democratic candidate ultimately ends up being, they will probably have a chance at beating Donald Trump. Nevertheless, beating Trump will certainly not be easy by any means. The Democratic candidate will have to put on an extremely good campaign and they will have to be able to successfully present themself as a reasonable, intelligent, and moderate antidote to Trump’s swirling cyclone of chaos, stupidity, and right-wing radicalism.

Obviously, this will be an extremely challenging thing for any candidate to do, especially since Fox News is guaranteed to vilify whoever it is that gets the Democratic nomination as the Antichrist and the illegitimate spawn of Satan and Stalin. Naturally, Fox News’s hysterical calumnies will make it into the mainstream press and greatly shape public opinion of the Democratic candidate so that even many moderates who hate Trump will be convinced that he is the lesser of two evils.

Overall, I think that, at this point, the chances of Donald Trump winning and the chances of the Democratic candidate winning are split roughly even. The election really could go either way. On the one hand, Trump has huge advantages over all the Democratic frontrunners, but, on the other hand, he is—quite frankly—a semi-literate, delusional, narcissistic buffoon with no moral compass who somehow always manages to turn even what should be a triumphant moment for himself into a humiliation.

Personally, my favorite candidate is Pete Buttigieg, who seems to me like not only the exact opposite of Trump but also like someone who would at least stand a decent chance against Trump. Nonetheless, I am all too aware that my own affinity towards him may be just because I happen to be a young, white male, moderate liberal from northern Indiana with intellectual predilections and a deep love for arts and literature. Thus, consequently, Buttigieg reminds me quite a bit of myself. I recognize that, if I came from a different background, I might not find him so appealing.

And, yes, I know lots of people have an intense and mostly irrational antipathy towards Buttigieg and I’m sure people will hate me too for even saying I like him, but, personally, I think he is the best candidate out of the mix. I will admit that don’t honestly expect him to get the Democratic nomination, even though I think he would make a good general election candidate. Ultimately, I’ll end up voting for whoever the Democratic candidate is in the general election, but, right now, he’s the one I’m planning on voting for in the primary. 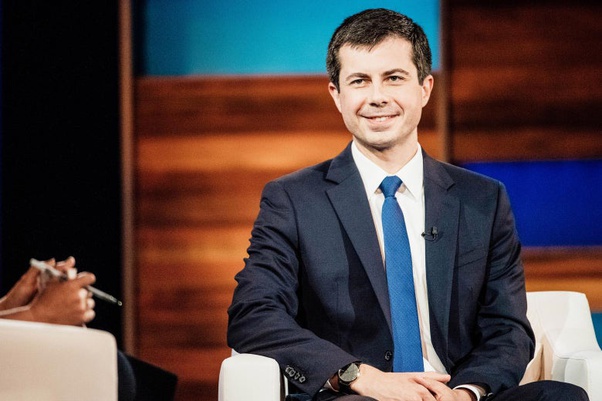 ABOVE: Photograph of Pete Buttigieg. Look, I know lots of people hate him, but, right now, he’s who I’m planning on voting for in the primary.

I’m seriously beginning to wonder if Ann Coulter has been “reformed.” I just read another tantalizing commentary by her where she talks about the recent Manhattan incident, the Florida man, and actually calls “extreme vetting” (which our “leader” supports) as racist. I highlighted “Florida” because she points out that domestic terrorists are a bigger threat than Muslim foreigners. She listed the following examples:

With the conservative trend being that all Muslims are bad, I was intrigued by her perspective.

She also wrote this: “Traditional masculinity, whiteness and heteronormativity are the root causes of terrorism” … AND … “Fox News hosts indoctrinate viewers in irrational hatred toward “Islamic extremism.”