Many of us recognize that HATE is the in-play factor of much that is happening in today’s society.

In fact, when push comes to shove, no one and/or no group is excluded from being the target of Hate.

It’s difficult to accept, but ALL of us hold Hate in our hearts towards someone or something. Sometimes this “Hate” can be beneficial in that it serves as a protective device. However, in most cases, it is actually harmful — not only to others, but to our own psyche as well.

Of course it’s natural for us to claim: “I don’t Hate! I just intensely dislike (something or someone).” However, note the following definitions of Hate:

What prompted this post is an article I recently came across on the Psychology Today website. It’s entitled (surprise!) The Psychology of Hate. One of the opening statements referenced a study that said there are at least 917 organized hate groups in the United States!

It then asks the question: Why do we hate?

While the reasons are complex, the article expands on some of the factors that play a role:

Then the articles asks … What Can We Do?

After listing a couple of ideas, it closes by stating that “compassion towards others is the true context that heals.” Unfortunately, compassion rarely comes naturally and, in fact, is seen by many as a weakness. Because of this, there is little doubt we will continue to experience demonstrations of Hate and its accompanying actions in today’s society. 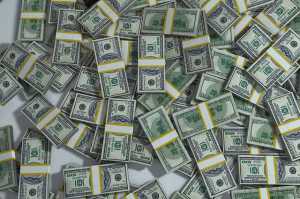 Recently several news sources reported on the results of a study published in the journal Emotion which pointed out how the power of money influences the way we experience happiness.

Few will be surprised to learn that among the wealthy, feelings of happiness are generally felt when the focus is on themselves. Those with more limited incomes tend to experience happiness when focused on others.

According to the study, people with higher incomes tend to be more insulated from social and environmental concerns, which gives them the luxury of being able to focus on their own personal needs rather than worrying about other people. Moreover, they tend to surround themselves with other wealthy people, thus further insulating themselves.

The study also indicated that those with higher incomes tend to agree with statements indicating they felt pride (“It feels good to know that people look up to me”) and contentment (“I feel satisfied more than most people”). Those with less money tend to focus more on the needs of others (“Nurturing others gives me a warm feeling”).

One can’t help but ask, “Isn’t worrying (or caring) about others something everyone (rich or poor) should value (particularly if they are in a leadership role)?” In other words, how do you help the poor if you can’t see beyond yourself and your own needs?

While this doesn’t necessarily mean wealthy people are happier overall, what gives them satisfaction is certainly different from “the rest of us.”

Following is an excerpt from the study that validates this information:

Upper and lower class individuals possess different resources
(e.g., income) and inhabit distinct environments, which shape their
concerns and priorities in unique ways. Increased material resources
afford upper class individuals greater autonomy and reduced
exposure to social and environmental threat, giving rise to
an internal, self-oriented focus— greater attention to one’s internal
states and goals and increased independence from others, as evidenced,
for example, by decreased social attentiveness and more
self-interested behavior. By contrast, lower class individuals are
exposed to more threats to their well-being (e.g., increased crime,
poorly funded schools), and they possess fewer resources to cope
with these threats. As a result, lower class individuals develop an
external, other-oriented focus— greater vigilance to the social
context and interdependence with others.

Personal note: I don’t think I need to point out how the truth of this report is evidenced in our country today.