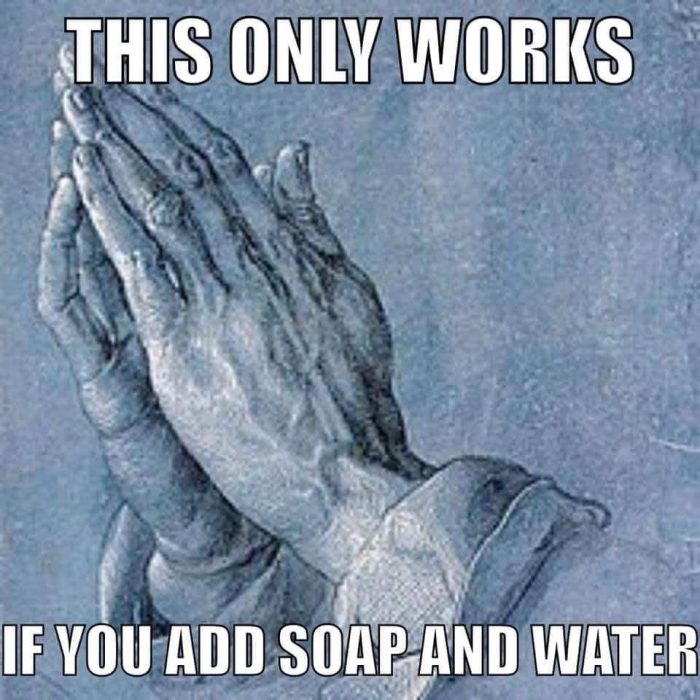 While our dear devoted “Christian” president and his loyal and dedicated vice-president both send the usual “thoughts and prayers” to the survivors of the recent El Paso shooting, I heard one presidential candidate send “love, encouragement, and support.”

Unfortunately, I don’t recall who it was — it was mixed in with all the news reports being broadcast on TV — but it immediately caught my attention and I thought YES! Finally someone knows how to show concern and respect to people in a desperate and frightening situation.

Further, I would lay odds that not ONE SINGLE PERSON who “sent prayers” actually prayed.

I’ve often thought if those people who actually believe there’s a god would do a little preventive praying, maybe such killings wouldn’t occur. Then again, as many of us know, such action is nothing more than a “feel good” effort anyway and it’s going to take a LOT more than “prayers” to stop these senseless killings.

I would be interested in your thoughts on the following excerpt. It was taken from an article written in 2007 related to the efficacy of prayer in a medical setting.

Intercessory prayer is a request to God to change his or her mind about the already established plan for the universe and make it go another way. Of course, this implies that a perfect deity’s plans, which would (by definition) have to be perfect, should now be altered at the urging of an imperfect being.

Join 2,311 other subscribers
© Unauthorized use and/or duplication of this material without express and written permission from this site’s author and/or owner is strictly prohibited. Excerpts and links may be used, provided that full and clear credit is given to "Nan's Notebook," along with the internet address (sayitnow.wordpress.com) and appropriate and specific direction to the original content.