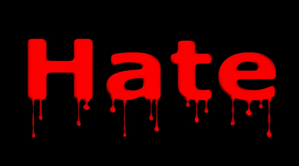 From an older (6/29/17) New York Times article by Charles M. Blow. While much of the article content is dated, I believe the following still holds true.

Trump was sent to Washington to strip it of all traces of Obama, to treat the Obama legacy as a historical oddity. Trump’s entire campaign was about undoing what Obama had done.

Indeed, much of what Trump has accomplished — and it hasn’t been much — has been to undo Obama’s accomplishments, like pulling out of the Trans-Pacific Partnership and the Paris climate agreement and reversing an Obama-era rule that helped prevent guns from being purchased by certain mentally ill people.

For Trump, even plans to repeal and replace the Affordable Care Act aren’t so much about creating better policy as they are about dismantling Obama’s legacy. The problem with Obamacare isn’t that it hasn’t borne fruit, but rather that it bears Obama’s name.

For Trump, the mark of being a successful president is the degree to which he can expunge Obama’s presidency.

As Blow says earlier in the article, “The whole world seemed to love Obama — and by extension, held America in high regard — but the world loathes Trump.”

And Trump knows it.

I believe it’s this realization that’s behind many of Trump’s actions. He’s trying so hard to accomplish something that will cause people all over the world to look up to him … to admire him … to respect him. But most of all, he wants to erase Obama’s legacy.

No doubt he’ll keep trying and, contrary to what his supporters believe, We the People will be the ones who will suffer in the long run.

I have been a supporter of Obama from Day One. However, I do realize there are many who have not been … and are quick to point out his faults and failures (including the fact he is black!). Most of the time, because I wanted to see him as a “Good President,” I just assumed they were nay-sayers and, most recently, tRump supporters.

Then I read an article by Cornel West of The Guardian. And this comment caught my eye:

The reign of Obama did not produce the nightmare of Donald Trump – but it did contribute to it. And those Obama cheerleaders who refused to make him accountable bear some responsibility.

After reading the entire article, it’s been a bit of a sad awakening to discover that many of the criticisms others have leveled against him may actually have some merit.

Nevertheless, the way I see it is this … no, Obama wasn’t perfect (what leader is?). But I do feel he accomplished some good things and overall, was a good POTUS. If nothing else, he conducted himself with dignity and poise and there was never even a hint of scandal during his term in office.

There is a video making the rounds via email that totally disgusts me.  It is about President Obama and his Muslim background and is clearly an attempt by the video producers to show him in a negative light by using soundbites and images to promote their personal ideology.

If you haven’t seen it, the link is at the bottom of this posting.

Ever since he took office, President Obama has been trying to get the American people to think positively of the Muslin people and of the Islamic faith. He wants us to stop focusing on the Muslim extremists and realize there are good people in Iran (and other Muslin countries) just as there are in other nations of the world. He says himself that he is trying to fight the negative stereotypes that the American people have of Muslim people.

During WW2, people did the same thing they’re doing today — they condemned every German and Japanese person just because of the actions the governments of these countries took against the U.S. Were all the people bad? No. Surely we know by now there are bad apples in every barrel. Or do we?

Obama has never denied his Muslim background. Would we prefer that he did … and then find out about it later? How would that have set with the American people? Just because he chooses to honor his background rather than deny it and cast it in a bad light, certain people castigate him and call him disloyal to the U.S.

Towards the end of the video, Obama makes the statement that America is not and never will be at war with Islam. He has made it clear in other speeches that we are, however, at war with the extremists and jihadists who want to destroy America.

President Obama once made the comment that we are not a Christian (or a Jewish or a Muslim) nation and many people went ballistic! How dare he! What they failed to hear was his next statement: “We consider ourselves a nation of citizens who are bound by ideals and a set of values.”

What is often forgotten — or deliberately overlooked — is that our Constitution does NOT say we are a Christian nation. On the contrary, our forefathers wanted to make it clear that each of us has the right to practice any religion of our choice. (Read the First Amendment — and while you’re at it, read about the religious background of the founders of the Constitution.)

This video is just one more example of individuals trying to whip people into a frenzy and add to the already-present discord and strife in our country. It does nothing but breed fanaticism and an ongoing spiral of hate, fear, and reprisals.

Finally, I find it interesting that those who denounce President Obama’s Muslim background often claim to be Christians … yet they overlook one of the greatest commandments ever uttered by their Leader  … love your neighbor as yourself.

Here is the link to the video.

We know what it takes to succeed in Afghanistan: a resolute commitment to the principles of counterinsurgency, which turned Iraq around during the surge. This won’t be perfect or easy, but it will allow America’s fighting men and women to leave Afghanistan with honor, and it will enable Afghans to build a better, more peaceful future.

I have to ask McCain …

McCain says he sympathizes with President Obama because “sending men and women into harm’s way is the most difficult decision that a commander in chief must make.”

Contrary to McCain’s desire to go in with guns blazing, Obama makes this statement:

Every time I sign an order, you know, I’m answerable to the parents of those young men and women who I’m sending over there, and I want to make sure that it’s for the right reason.

I’m not big on following war news, but it seems to me that somewhere along the way we’ve lost sight of the original goal — to get Osama bin Laden and al Qaeda.

Now, according to McCain,  it seems to be all about helping Afghanistan build a more secure nation.

Am I missing something?