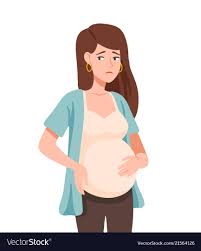 A 16-year-old PREGNANT teen was blocked by a Florida court from having an abortion because “she was not mature enough to make the decision to have an abortion.”

The 16-year-old initially petitioned to terminate her pregnancy, citing being a student and unemployed as reasons she is unprepared to have a baby.

The trial court found … that appellant had not established by clear and convincing evidence that she was sufficiently mature to decide whether to terminate her pregnancy.

A 16-year-old who is still in High School isn’t mature enough to make a decision about her own body … but in nine months (or thereabouts), she will be “mature enough” to deliver and raise a baby!

This young lady will most likely have to QUIT SCHOOL to raise the baby (and thus not receive her full education), or a family member will be forced to take on the “baby duties,” or she will have to put the baby up for adoption.  In any event, her educational opportunities will have been greatly compromised.

Further, if she wants or decides to pursue her studies at a future date, most likely it will be at her expense!

Join 2,298 other followers
© Unauthorized use and/or duplication of this material without express and written permission from this site’s author and/or owner is strictly prohibited. Excerpts and links may be used, provided that full and clear credit is given to "Nan's Notebook," along with the internet address (sayitnow.wordpress.com) and appropriate and specific direction to the original content.