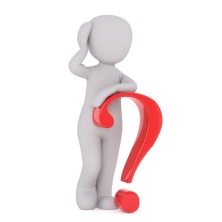 I think I need to ask … because apparently I’m missing the point.

The Republicans are adamant about curtailing immigration because of “the strain” it puts on “our system.” I assume this means that the more immigrants we allow into this country, the more government money will be spent on their behalf (at least initially) … which takes away from the pet projects favored by the Republicans. Yes?

YET! These same Republicans believe it is O.K. for thousands of women to be denied abortions which will, over the years, undoubtedly increase the population and put (long-term) strain on innumerable agencies within our governmental system. Yes?

Those of you who are “in the know” … will you please explain the reasoning behind this thinking? 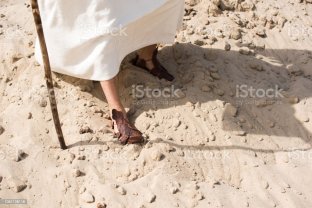 This post was prompted by a Believer who made the following blog comment … “The Christ Jesus preached didn’t force himself on anyone…” My immediate response was wait! Jesus didn’t “preach” Christ, he WAS the Christ (at least according to the bible).

It was then I decided to write this post and share a segment from my book (see my blog Menu) related to why the title “Christ” happened to be tagged onto this Jewish guy who wandered the Israeli countryside. It’s from Chapter 4, “Paul: A Man with a Mission”:

To the followers of “the Way,” Jesus was the human messiah God had promised. Although they were devastated after his untimely death, the reported after-death sightings revived their hopes and convinced them he would soon return to set up God’s Kingdom.

To the mystery followers, Jesus was nothing more than a Jewish spiritual leader. His death was a mere blip on their radar. Their spiritual hopes for salvation and immortality rested in the mystical connections they formed with their various god-men. Knowing this, Paul began his crusade to reinvent Jesus and convince the Gentiles they could find what they were seeking in the resurrected man from Galilee.

What’s in a Name?

Drawing from his Greek leanings, Paul began referring to Jesus as the christos (Christ), thereby removing the Hebrew title of mashiach (messiah). Although both words mean “anointed one,” the use of the Greek title was more familiar to his intended converts and removed any reference to Jesus’ “Jewishness.” Some sources say christos also held the meaning of “one who is crowned with divinity.”

Paul also knew the mystery religion followers referred to their deities as kurios (“lord” in Greek), so he further assisted his cause by frequently using this title when he talked about Jesus (Lord Jesus Christ, Christ Jesus our Lord).

Bottom line is this: Yeshua was an itinerant preacher who came for the “lost sheep of the house of Israel” in hopes of returning them to the true worship of Yahweh. Nothing more. That is … until Paul had his “remarkable” vision and gave him the title of “the Christ” in order to reach the mystery followers.

Who were these “mystery followers”? Again, from my book:

In the centuries leading up to the birth of Christianity, various “Mystery Religions” spread and flourished throughout the ancient Mediterranean world.

At the core of these mystery religions was the belief in a dying-rising savior who sacrificed himself in order to give his followers eternal life. He was usually the offspring of a divine-human union and nearly always possessed special powers, including the ability to work miracles. After death, he either returned to life or triumphed over his enemies. (Remember, these religions were in place before Christianity.)

Not all Gentiles were a part of this mystery religion movement, but many of them were; in fact, enough of them that it behooved Paul to appeal to them in his efforts to conceive a new and acceptable version of that Jewish fellow known as Yeshua.

Did he succeed? I’ll let you be the judge of that.

Recently, an individual made the claim that I moderate (and/or block) comments that do not agree with the thoughts and/or opinions I have expressed in my posts.

In actuality, I welcome alternate opinions/comments as they can often engender some rather lively discussions.

Further, in my defense, I have been part of the WordPress community since 2008 and considering that over 2,000 people are subscribed to this blog, I think it’s fair to say I must be doing something right. 😊 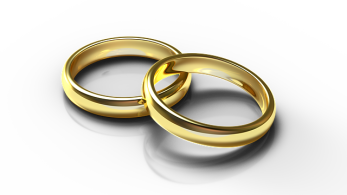 There was a letter on today’s Opinion page of the local newspaper entitled:

Sanctity of marriage destroyed by congress

The lead sentence was as follows: The Congress of the United States just destroyed the respect marriage once held by passing the recent law.

Then, in another section of the paper was an article with this headline:

“Polygamous leader had 20 wives, many of them minors.”

As I was reading both of these submittals, I couldn’t help but wonder which marriage was the most disturbing — a marriage between two individuals of the same sex, an interracial marriage, or a marriage that included CHILDREN as wives.

For me, the answer was easy, but I guess for others … not so much.

Naturally, advocates for each position can scour the BIBLE and find support, but as we look at the situation from a modern perspective, which do YOU think is the most harmful … the most disturbing … the most immoral?

I often wonder if society will ever get past the idea that the BIBLE should serve as the standard for how individuals live their lives. 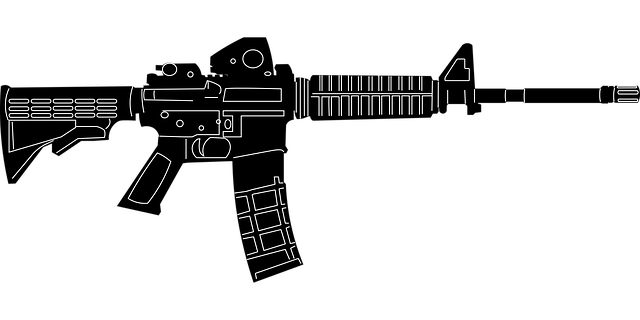 As some of you may be aware, there is a battle going on in Oregon (where I live) related to gun ownership. The article I’ve referenced below pretty much spells out what’s happening.

I know that some of my readers are totally anti-gun, but for those of you who may own and/or use one (or many), what are your thoughts related to the recent measure that was voted on and approved by over 50% of Oregonians? (This Wikipedia article provides more detail on what the measure includes.)

Is it reasonable? Does it, as some claim, violate the Second Amendment? Supporters of the measure say it will reduce violent crimes, accidental deaths, and/or suicide. Do you agree? If such a measure were passed in your community, would it make you feel more or less safe?

Since I live with someone who is a (multi) gun-owner and is STRONGLY against this measure, any conversation on the matter is verboten. Thus, I’m turning to my readers for input since I think most of you live elsewhere and therefore are not directly affected by the measure.

I look forward to some non-emotional and well-reasoned opinions and feedback.