Today on Facebook, I saw a “share” that my granddaughter (a Christian) had posted for her “friends.” It was a composition entitled Ask Him Again.

As soon as I read the first few words …

I know, I know, you’ve already asked Him a million times, I see those eyes rolling. But today, ask Him a million and one. Yes. ask Him AGAIN.

My immediate reaction was … WHY?

WHY must a believer “ask Him again”?

Even up to a “million and one” times!

Is God too busy to take care of the request when you ask the first time? Or is he so occupied with running the universe that it’s necessary to shuffle you into a queue? Or maybe he had an earache that day and his hearing is off?

Of course, believers will have 1001 reasons why their god is making them “wait” when, in fact, they are simply trying to mitigate the silence that ALWAYS accompanies prayer requests.

I’m reprinting some excerpts from the post simply to illustrate the desperation that comes with “waiting” for the reply that will never come.

I know, I know, you’ve already asked Him a million times, I see those eyes rolling.
But today, ask Him a million and one.
Yes.
Ask Him AGAIN.
Ask Him again for that child to come home.
That marriage to be healed.
That mountain to move.

Ask Him again for that friendship to mend.
That work to begin.
That end-of-tunnel light to appear.

Ask Him again for what you need.
For what you want.
For joy in the sorrow.
Help in the struggle.
A sip of living-water in the heat of your schedule…
and the time to just sit at the well, amen?

While persistence may be a virtue, it’s important to keep the following in mind:

[P]ersistence should not be mixed up with perseveration, which is following the same method again and again, even if the method clearly doesn’t work for you. It is important to keep trying, but it is equally important to not do this “blindly” and in a “rote/mechanical” manner; that will only ensure a pattern of failure. (insbright.com)

Remember my recent post entitled, “A Crazy Idea”? Well look at what Susan Collins (R-ME) said as related to voting rights during the For the People Act discussion:

“S1 would take away the rights of people in each of the 50 states to determine which election rules work best for their citizens.”

As Heather Cox Richardson commented in her most recent newsletter: Republicans insist that federal protection of voting rights is federal overreach; that the states should be in charge of their own voting rules.

(“The states,” of course, meaning the Republican-led states.)

It just seems so apparent to me that Republicans propose and vote for any and all measures that will benefit them and their states; whereas Democrats tend to approach government from a more egalitarian perspective. (This isn’t to say that everything they propose is going to be applauded by the nation as a whole, but they do seem to work towards compromise.)

So again I ponder the idea of dividing the nation into two separate entities. Yes, I’ve read all the feedback on my other post and am well aware of the complications – plus the fact such an action is highly improbable, if not impossible.

But again and again, the monster of political divide rears its ugly head within the halls of Congress. And unfortunately, its roar is getting louder and louder, to the point that the “voice of the people” is being drowned out by the whims and wills of individuals who put personal political desires ahead of their constituents.

Hopefully, those that have made a career of politics –and have been on the scene for umpteen years– will be replaced by younger, more vibrant, more modernistic-thinking individuals over the next two or three generations. I won’t be around, but hopefully, my grandchildren will experience a government in which the “monster” has been subdued and the majority of elected officials will represent the people, rather than themselves.

I’m just going to post this link. It’s pretty disturbing — especially since there’s not much we can do about it. At least THIS year. But the future? Absolutely!

Of course the nay-sayers will … nay-say.

And unfortunately, as a result of their negativism (and infectious ignorance), the trends will most likely continue until there is nothing left but barren ground — which will play a major role in this country’s food supply.

(But hey! Surely if we all get together and just pray for rain … 🙏💧)

P.S. The articles focuses on the Western states, but as I pointed out, the entire U.S. –yea, the entire world– will feel the effects if remedial action isn’t put into place … soon! 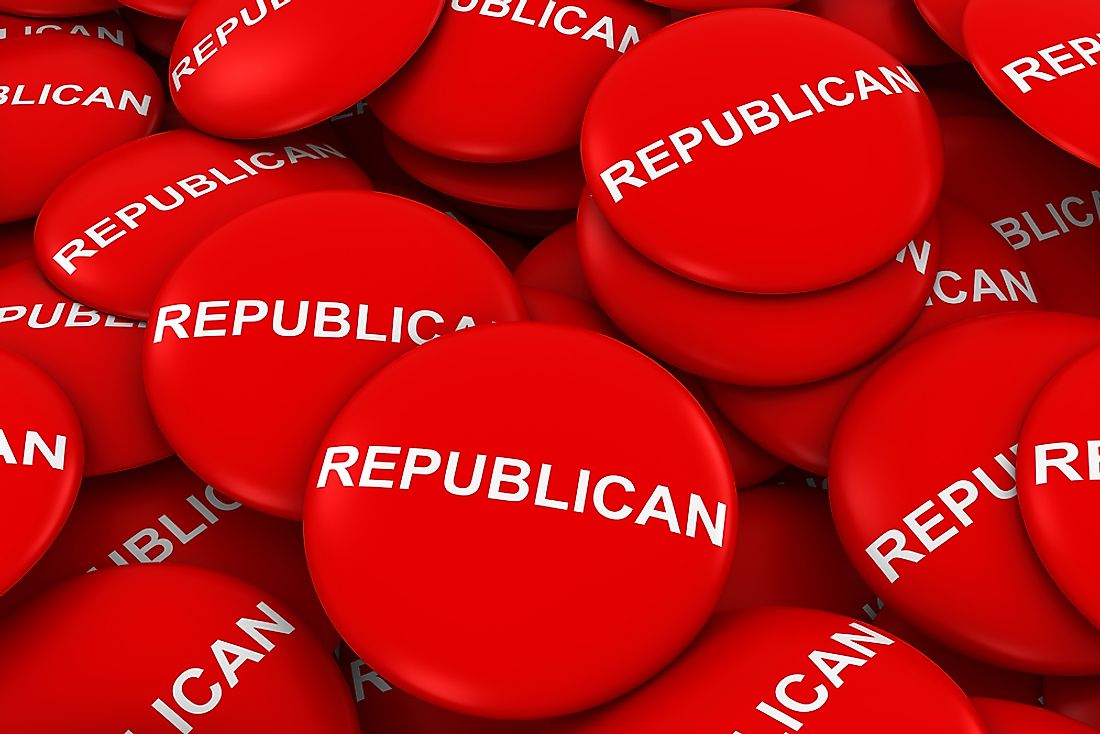 This morning as I looked over today’s latest news, I came across this disturbing news items in The Guardian:

In 23 US states, Republicans hold the governorship and the legislature, giving the party near total control to advance its policies.

Do you realize that is nearly HALF of the total number of states that are considered part of this country?

And without doing a Google search, I would imagine there are other states that are borderline “Republican.”

It truly makes we wonder if there is a way to set these states apart from the rest of “us.” Perhaps they could band together and elect their own “Leader.” (The Democratic states could do the same.) That way, the “red” states could enforce their “conservative” values among the people that support them instead of forcing them on the entire population via the Supreme Court.

In my scenario, the office of POTUS would remain, but would primarily be focused on infrastructure, be the “contact person” for international affairs, and of course have the final word on any kind of military action. (There are most likely scores of other areas, but this is from the top of my head.)

I know … it’s a crazy idea and I also know I haven’t considered the total ramifications of such an action. But I do wish we could come up with some sort of solution because as many of us know, this country is slowly but surely being torn apart at the seams.

I would love to know your thoughts and ideas. Is there ANY kind of feasible solution? Or are we simply destined to live in a country that is slowly being fragmented by two separate ideologies?

P.S. Don’t be too harsh on me with your comments/opinions. 😔