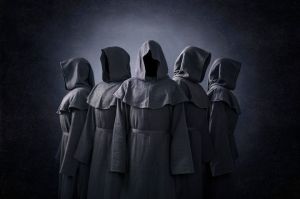 As many of my regular readers know, I’m a big fan of Heather Cox Richardson’s daily newsletter. She provides considerable facts and figures that many of us probably would never know about because we don’t do the in-depth reading and research that she does.

But I also like that she writes from a factual perspective — and provides numerous source links to back up her reporting.

In her most recent newsletter (9/25/20), she pinpoints how the Trump administration (and most particularly Trump himself) is doing all it can to influence voters in the upcoming election. Of course, many of us are familiar with these maneuverings, but sometimes putting them all together in one place can be very revealing.

Consider her thoughts in this paragraph from the referenced issue:

Trump and his cronies are trying to create their own reality. They are trying to make people believe that the coronavirus is not real, that it has not killed more than 200,000 of our neighbors, that the economy is fine, that our cities are in flames, that Black Lives Matter protesters are anarchists, and that putting Democrats in office will usher in radical socialism. None of these things is true. Similarly, Trump is trying to convince people that he can deploy the power of the government to remain in power even if we want him to leave, creating uncertainly and fear. By talking about it, he is willing that situation into existence. It is a lie, and we do not have to accept it.

I emphasized those first three words of that last sentence for those who see Trump as the Savior of America which, according to the video below, many people do.

When I first watched this video, my immediate reaction was how much Trump’s followers resemble people who belong to a cult! They are totally convinced that anything and everything their Leader says is Truth. Even when, as shown in the video, they are confronted with facts and evidence, they continue to believe their Revered Leader.

Trumpism can be understood as right-wing political extremism transformed into a cult. This is not just a metaphor. Trump’s lies, his assault on reality, his threats of violence, his cruelty, his demand of absolute loyalty, his manipulation of willing subjects who choose to escape empirical reality, and his shared state of collective narcissism with his followers all fit the definition of a cult.

The Wanderings and wonderings of a sentient cloud.