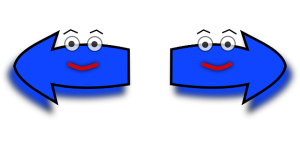 How do you feel about the following excerpt from this CNN article? Are you one of the “many Americans?” Or do you lean more heavily in one direction or the other?

Despite the tribal and situational nature of modern American politics, many Americans seem to fall somewhere between the center-left to center-right of the political spectrum.

If a viable third alternative fails to emerge, these people may cast protest votes for people not actually running, or will simply refuse to vote for anyone at the top of the ticket — and they may do so in record numbers.

These voters want a candidate who believes in capitalism, reasonably regulated market-based solutions to problems, social tolerance and acceptance, and constructive international engagement that embraces America’s global leadership role while supporting allies and stiff-arming adversaries. Most of all they’ll want someone who conducts himself or herself in a thoughtful, deliberate and measured way. They want stability, not chaos and recklessness. Stated another way, they don’t want a demagogue or fanatic, just a reasonably normal human being. The political center of the country desperately wants to vote for a candidate who can reassure them that America is not descending into an unrecognizable political and constitutional abyss.

I find the second paragraph distressing, albeit highly possible.

The final paragraph pretty much lays out my personal political perspective.

Where do you stand?