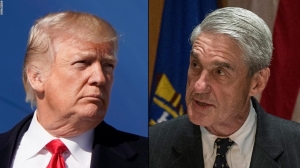 Several bloggers have addressed the topic of the Mueller Report, along with the proceedings that took place on Wednesday, July 24th. Many individuals have offered their thoughts/opinions via comments and other feedback, and while I agree with much of what has been offered, I also disagree with various points.

Rather than visit every source of discussion and offer/repeat my personal take on things, I decided to use this blog to offer some thoughts for your consideration.

Where any of this ends is anyone’s guess. Unfortunately, I tend to think we’re “stuck” with the status quo at least until the 2020 elections. tRumpsky will continue to tweet his lies and nasty insults. He will continue to appoint members to his administration who will do his bidding. He will continue to ruin our reputation among other countries. And he will continue to kiss the butt of those individuals who (as the Mueller Report clearly addressed) helped him win the election.

It’s unfortunate this individual has been able to take advantage of the gullible. But the really sad part is they’re not going to see what he has done to this country (and the world) until it’s too late.